Your Church In The News

A good picture increases your chance of being published and should ideally be sent with your press release, ahead of your event or very soon after. Of course, this presents its own difficulties and may require some creativity.

About 1-3mb is ideal (a camera with a minimum of 3 million pixels and a decent sized lens – so probably not a mobile).

Pick your spot carefully
Pick a relevant background rather than standing against a plain wall.

This story is about the church celebrating an anniversary, so it makes sense to have a photo of the vicar and the building. 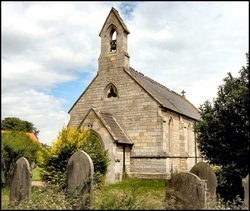 People make stories - so put them in the picture!
It may seem obvious but always include people! A shot of your church building on its own is not interesting.

Also, make sure people are either in shot or out of it – don’t have stray arms appearing in shot.

On a similar note, don't send in a scan of your flyer and expect it to be published.

Turn off the 'date stamp' option which some cameras have -  a newspaper will have to edit these out. 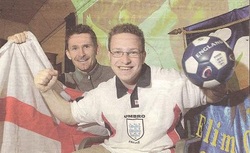 Always match the tone of the story
Most newspapers like staged action shots which tell the story, so think of any props that you could include. If the event hasn't happened yet...improvise.

Pictures should also match the ‘tone’ so don’t stand there looking miserable if the church has 'world cup fever'.

Cheque photos are OK - but try to be more creative
Photos of people holding a cheque are not particularly interesting and some bigger newspapers won’t touch them.

However...if you try something different and think your photo may be a bit too wacky for your local paper, send a more conservative alternative as well. 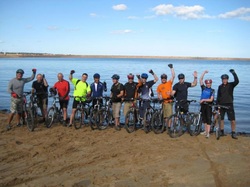 Less is more in a newspaper photo
As a general rule, no more than about four people should be in a picture.

The exception would be if the number of people being present was the story (e.g. a queue of three hundred trying to get into a carol service).

Send at least one landscape and one portrait picture. Newspapers often work with quite strict templates so flexibility is useful. 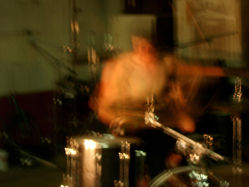 Hmm...not exactly front page stuff
It's pretty obvious but make sure your pictures are focused and bright.

Follow the usual photographic rules of not shooting into light, use a tripod when possible etc.

Beware of wonky angles, which only occasionally work.

‘Caption’ your pictures, so that it’s clear who everyone is. The best way is to rename the file with the people’s names.